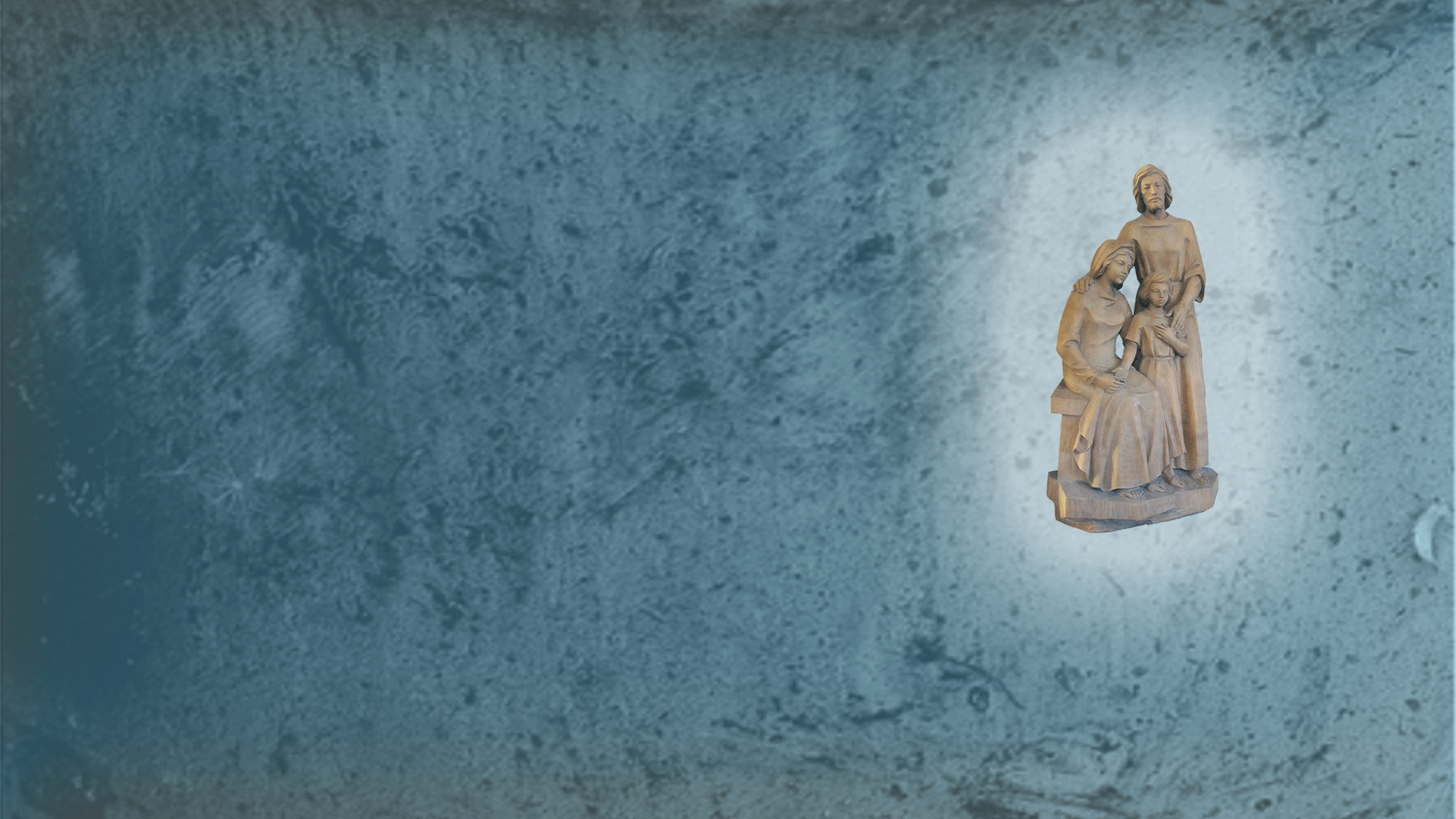 The Chamber Choir of Saint John's University/College of Saint Benedict will be performing at Holy Family on March 5!

Join us for a wonderful evening as the choir makes a stop in Kansas City during their 2019-2020 Concert Season. 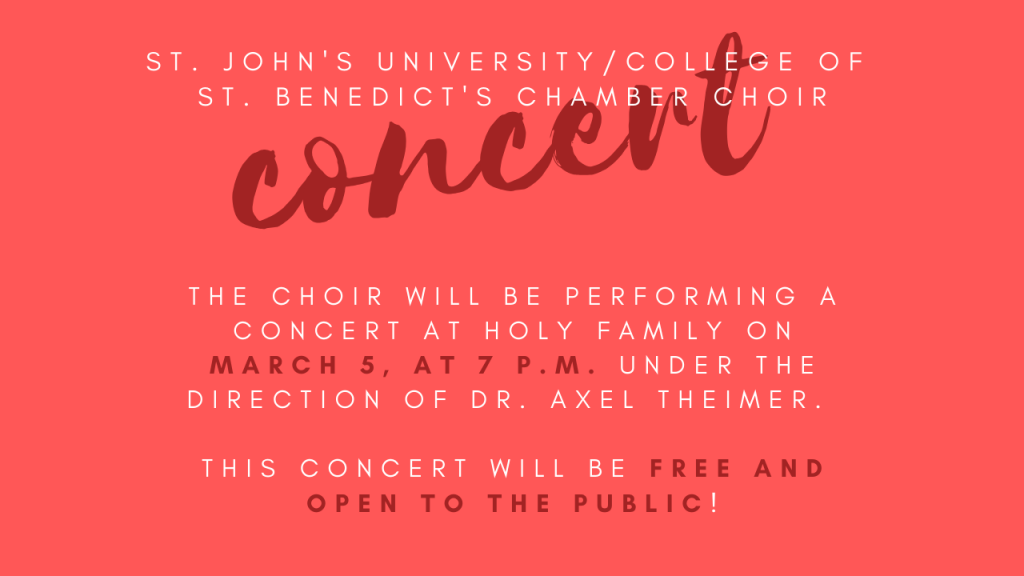 Under the direction of Dr. Axel Theimer, a native of Austria and a former member of the Vienna Boy's Choir, who has been on the music faculty at Saint John's University and College of Saint Benedict since 1969, the 45-member choir will perform in select cities in MINNESOTA (Freeport, Foley, New Ulm, Mankato, Owatonna, Minneapolis/St. Paul, Collegeville,) SOUTH DAKOTA (Aberdeen), NEBRASKA, (Omaha) and KANSAS/MISSOURI (Kansas City).

Traditionally the program features a wide variety of sacred and secular music from around the world, ranging from the polyphony of the Renaissance to masterworks of the 21st century. This year's performance will, among others, include compositions by Morten Lauridsen, Egil Hovland, Arvo Pärt, Judy Rose, Bob Chilcott and songs from India, Maya, Syria, Japan, and Yoruba.